With possibly eight months to go until the Hungarian parliamentary election, the race between the governing Fidesz and the opposition coalition is becoming more and more competitive, and the power balance between the opposition PM candidates is rapidly shifting. With both Budapest mayor Gergely Karácsony and Jobbik leader Péter Jakab losing ground, DK-candidate Klára Dobrev, the wife of former Prime Minister Ferenc Gyurcsány, is emerging and could face PM Viktor Orbán in the upcoming parliamentary election.

The majority of Hungarian voters want a change in the country’s political leadership after 11 years of Fidesz rule, though, it is struggling to believe that it could happen. This is the main conclusion of the latest Civitas Poll measuring the public sentiment in Hungary eight months prior to the next parliamentary election.

The public sentiment in Hungary has taken a new direction in recent months among voters. In May, 46% of Hungarians wanted the Orbán-led government to remain in power and continue its work, with only 40% rejecting the idea of the government being reelected. Three months ago, the positive assessment (+6% net) of the government could have been linked to the country’s opening-up after several months of covid lockdown. Now, at the end of the political summer break, the public sentiment is in the negative range (-3% net) for the government, showing some signs of fatigue with the ruling party. Nevertheless, the real election campaign is just about to start.

When asked about the chances of election victory, only 23% of voters responded they believe the opposition had the power to beat Fidesz at next year’s vote. More than half of the voters (55%) couldn’t imagine an election triumph of the opposition parties. While Fidesz supporters show a strong confidence in their party (82%), voters of the opposition coalition fight with a lack of confidence, with only a minority of them (47%) believing in an opposition victory.

The figures related to the party preference show the picture of a race becoming tighter with election day approaching. Fidesz continues to dominate the political arena with the support of 51% (-2%) of the respondents “definitely” voting, with 47% (+2%) supporting the opposition coalition. The opposition parties could expand their supporter base due to a sharp drop (1 in 5) in the number of undecided voters. This shows that there could be even more up for grabs for the opposition among the undecided.

The power balance between the opposition parties has shifted in a significant way during the summer. Despite Jobbik (currently at 12%) being the most popular opposition party in the polls for a long period, Demokratikus Koalíció (DK) has taken over the lead in the recent past. DK is currently not only in the front seat, but it almost doubled (from 9% to 17%) its number of supporters since March. The sharp increase in supporters could be a direct consequence of a seemingly effective nationwide roadshow performed by DK politician Klára Dobrev.

Klára Dobrev ahead in the PM-candidate race

One month prior to the kick-off of the opposition primaries, the race for the PM-candidacy among opposition candidates is shaken up severely and a clear front-runner is on the horizon. DK’s PM-candidate Klára Dobrev is pulling away from her opponents (+7%) as the downward tendency of Budapest mayor Gergely Karácsony (-4%) is officially confirmed, having lost almost a third of his supporters since last March. Jobbik-leader Péter Jakab (-7%) seems to have lost the momentum after several months leading in the polls.

Details of the survey

This CATI survey was conducted from 16 August to 19 August 2021 with 1001 randomly selected eligible voters who were polled about certain political questions, while opposition voters were then asked about certain issues related to the primaries. The minor sample selection bias occurring in the randomization of the population sample was corrected by the combined method of cell weighting and raking (RIM weighting) by gender, age, settlement type, regional distribution and education, using the data of the Y2016 Microcensus and the Central Statistical Office’s (KSH) Municipality Level Data (T-STAR database). After weighting, the key demographic variables are identical with the expected distributions and the measurement uncertainty of the basic distributions is +/-3.2 per cent. (not considering other distorting factors such as political interest, willingness to respond), but it may be significantly higher in certain subgroups.

Download the complete poll in English or in Hungarian. 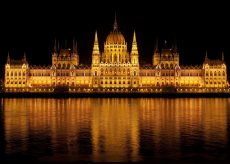