With only one year to go until the Hungarian parliamentary election, opposition forces are still shaping up to offer a competitive contender to Prime Minister Viktor Orbán and his ruling Fidesz party. Civitas Institute experts share the latest opinion poll data related to the 2022 Hungarian general election.

The latest Civitas Institute poll figures show that, in general, the Hungarian society leans right. 42% of Hungarian voters have identified themselves as right-wing, while one-fifth (19%) of the respondents said they were left-wing supporters. About four in ten (39%) didn’t or couldn’t answer to the question related to ideology.

Not surprising is the fact, that three in four Fidesz voters (73%) support right-wing positions, with only 4% of them leaning left. The united opposition, including leftists, liberals and conservatives, offers ideologically a much more colorful composition of voters. Four-in-ten of opposition supporters tend toward the left (40%), with 19% supporting right-wing ideology. The largest chunk of the respondents supporting the united opposition (41%), however, did not or could not respond to the question about the ideological preference.

The Civitas Institute voting intention numbers show that Fidesz is maintaining a wide lead over other parties with 54%, while the six parties of the united opposition combined have 40%. In comparison, the vote share Fidesz received at the last parliamentary election in 2018 was 49.6%.

Within the opposition, Jobbik has a comfortable lead with 14%, Democratic Coalition (DK) and Momentum sharing the second place with both 9% of the vote share.

Elsewhere, the Socialists (MSZP) are at 3%, the LMP 2%, and Párbeszéd has 1% of the vote. The far-right Our Homeland Movement, not being part of the united opposition, is at 3%.

The Civitas Institute poll gives an overview of how political parties are perceived by the Hungarian voters.

When it comes to party perception, Fidesz is viewed the most positive (46%) and less negative (44%) party in the eyes of Hungarians, with a net score of -1 point.

From the opposition forces, Momentum has the most advanced net score with -23 points. The liberal party counts with the sympathy of almost every fourth voter (24%), at the same time being negative in the eyes of every second voter (51%).

Jobbik is currently perceived the most positive opposition party with 28%, counting with a rejection of 56% of the voters. DK, led by former prime minister Ferenc Gyurcsány, enjoys the sympathy of 21% of the voters, while six-in-ten of them having a negative attitude toward his party.

The Hungarian Socialist Party, one of the most dominant actors in Hungarian politics until 2010, is rejected by almost two-thirds (65%) of the voters, having a sympathy index of 15%.

Who should face Viktor Orbán?

Although the exact rules for the opposition primaries for the prime ministerial candidate continue to be unknown, it is very likely that the first two or three candidates of Round 1 would face each other in a knockout phase.

When opposition voters are asked who they would pick for the opposition prime ministerial candidate, about one in two (50%) say they will either vote for Jobbik candidate Péter Jakab, or Budapest Mayor Gergely Karácsony, who official still has not announced his candidacy.

Péter Jakab receives 27% of the vote share and has a slight edge over Gergely Karácsony, who receives 23%. DK candidate Klára Dobrev comes in third place with 15% support, ahead of Hódmezővásárhely Mayor Péter Márki-Zay (11%) and Momentum leader András Fekete-Győr (10%).

The current figures of the prime ministerial candidates would secure both Péter Jakab and Gergely Karácsony a spot in Round 2 of the primaries, with a possible third option still in limbo between the other three candidates.

Details of the survey

This CATI survey was conducted from 5 March to 11 March 2021 with 1007 randomly selected eligible voters who were polled about certain political questions, while opposition voters were then asked about certain issues related to the primaries. The minor sample selection bias occurring in the randomization of the population sample was corrected by the combined method of cell weighting and raking (RIM weighting) by gender, age, municipality type, regional distribution and education, using the data of the Y2016 Microcensus and the Central Statistical Office’s (KSH) Municipality Level Data (TSTAR database). After weighting, the key demographic variables are identical with the expected distributions and the measurement uncertainty of the basic distributions is +/-3.2 per cent.

Download the complete poll in English or in Hungarian. 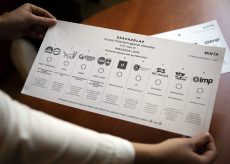