Slovakia’s former head of government Mikuláš Dzurinda delivers an answer to his Hungarian colleague Viktor Orbán, who recently suggested him the creation of a “new axis” in the EU. The President of the Wilfried Martens Centre also talks about the future of the V4 cooperation, the necessity of reforms on the EU level, and how Moscow and Beijing favor certain European Union member states.

Viktor Orbán’s recent proposal to create a “new axis” in the EU, a three-pillar power center consisting of Germany, France and the Visegrád Four countries, may resonate strongly with certain political groups, but Mikuláš Dzurinda sees the issue differently. The proposed vision, to him, looks “completely unrealistic and detrimental”.

“Where will then Italy, Spain, Portugal, the Benelux countries, or Austria belong to?” the former Slovakian prime minister told CEA.

Mr Orbán’s suggestion of a fragmentation of the European Union into several blocks would mean “the beginning of the EU’s end.” The idea reminds Mr Dzurinda of Russian and Chinese interests, namely the “paralyzation and dismantling” of the European Union. Hungary’s leader, in his statement, claimed his country’s and Slovakia’s EU membership was “disadvantageous” and “unprofitable.”

Both Hungary and Slovakia belong to the net receivers and enjoy economic convergence. Although the speed of the process leaves a lot to be desired, the key to success is in the hands of member states. Reforms in the areas of innovation, digitalization, quality education, research and AI can contribute to a more rapid convergence. Hungary’s membership of the Friends of Cohesion group serves a similar goal.

Russia and China are a “substantial issue” for European states. To the former Slovak leader, the two countries promote the well-known tactic of divide et impera, also highlighted by a recent research of the Wilfried Martens Center for European Studies.

“They ignore the EU institutions and favor particular member states in exchange for certain political and economic benefits. Both countries are becoming more aggressive and less reliable,” he said.

Mr Dzurinda warns countries of working closely with China. Montenegro’s case, where the political leadership turned to the EU for help due to the country’s inability to repay loans to the Asian economic behemoth, should be a wake-up call for others. He denounces China for not having reciprocal economic relations with the EU. “They prefer domestic companies and discriminate foreign ones”.

Human rights violations and the promotion of propaganda abroad by the Chinese and Russian governments are similarly controversial. “This is not positive, as it doesn’t create the space for constructive cooperation,” the former prime minister explained.

The EU should avoid any type of dependence on both countries in the areas of strategic infrastructure: 5G, security, defense and energy, and the pharmaceutical industry.

Thirty years after its establishment, the Visegrád Group still continues to be in the headlines. However, the effectiveness of the cooperation between the Czech Republic, Hungary, Slovakia and Poland remains highly disputed.

“The cooperation will continue on the bases of the fact that we live more or less on the same land, we share the same historical and cultural traditions, and history,” Mr Dzurinda said.

In the future, the V4 should continue to serve as a policy consultation platform. As long as the same interests are pursued, there will be no lack of support between the member states. However, the unity shown by the Visegrád Four in front of the cameras often disappears with the closure of political consultations.

“I have a lot of experience. We were united very often, but when it came to subsidies for the agricultural sector and new technologies, all of a sudden, we took a different position,” the former Slovak leader said.

Relations between Germany and France are characterized by similar features. “Sometimes the positions are identical, sometimes very different,” he continued.

EU on the global stage

The global political landscape is currently witnessing a significant shift. In case the EU wants to be successful in the global economic competition and become “one of the three global players”, reforming of the community is unavoidable.

“The driving force enabling to get to this stage, is the strict implementation of the Christian democratic principle of subsidiarity.”

In accordance with this principle, EU institutions should be given more responsibilities in foreign policy, defense, border control, and the readmission of persons not granted asylum or a residence permit. On the other hand, issues like gay marriage, abortion, euthanasia and the use of religious symbols in public life should belong to the national competencies.

In order to achieve a one voice European foreign policy, an EU reform should include a change of the decision making procedure from unanimity to qualified majority. Mr Dzurinda’s Martens Center, the official think tank of the EPP, has been working on a plan to reform the EU since 2016. One of the cornerstones of the project is the amendment of the decision making procedure. “Without doing that, we won’t be respected, won’t be reliable, won’t be relevant, but paralyzed,” he argued.

Changes within the EPP

Recently, the EPP has been confronted with critics claiming the party’s move towards the left. “Such allegations, coming unfortunately from my friend Viktor, are completely false,” Mr Dzurinda made a reference to Hungary’s prime minister whose Fidesz party quit the EPP earlier this year.

“The elements of solidarity, social justice, human dignity or the principle of social market economy, compassion for refugees, are strongly anchored inside the EPP. Are these principles leftist ones?”

“I admit that the pressure of the liberal and progressive mainstream media, political elites, and NGOs is strong, but democrats, regardless of what part of political spectrum they belong to, should struggle for an equilibrium inside our societies and not to wage ideological wars. Liberals cannot be conservatives, neither conservatives be liberals.”

A compromise in the cultural issues and mutual understanding is badly needed.

Mikuláš Dzurinda was Prime Minister of Slovakia from October 1998 to July 2006. He is the founder and leader of the Slovak Democratic Coalition (SDK) and the Slovak Democratic and Christian Union. During his term Slovakia joined both the European Union and NATO. He was elected as President of the Wilfried Martens Centre, the think-tank of the European People’s Party. Twitter: @MDzurinda
Photo credit: Wilfried Martens Centre for European Studies 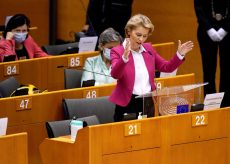 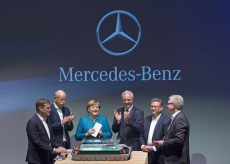