Anti-corruption expert József Péter Martin talks about widespread corruption in Hungary, why the European Union could do more about breaching of rule of law in its member states, and how young people favor transparency and democracy.

Corruption performs better in Hungary amid the pandemic. This should not come as a surprise as corrupt practices have become part of the Orban regime. It’s hard to imagine current Hungary without cronies, with the Covid crisis intensifying the situation. A growing number of state resources and assets have landed recently in the hands of the government clientele.

From MCC to Sinopharm

One of the most striking examples is the case of Mathias Corvinus Collegium (MCC). The institution has been awarded, without any further commitment, 500 billion HUF (1.4 billion EUR) within a short period of time. The sum approximately equals the amount of money that the Hungarian state allocates for higher education in one year.

There are heavy speculations about the reasons behind the decision, mostly reaching from possible financial to ideological endeavors. “They want to transfer assets to institutions where Fidesz players sit,” Mr Martin said.

Such a move not only serves the stabilization of the current ruling party positions, in case Fidesz manages not to win the general election next year, but also an ideological endeavor: “They want to develop a new higher education institution which would spread government propaganda,” he added.

Money distribution is seriously distorted in the tourism and hospitality sector too. The lack of transparency enables pro-government circles to profit from the situation. According to a recent investigation, a very tiny portion of the sector’s players got more than 90% of the allocations.

Another field heavily hit by corruption and cronyism is the healthcare sector. Corrupt practices have been applied during the procurement of healthcare equipment and the distribution of Covid vaccines. The purchasing of 16,000 ventilators has raised eyebrows across Hungary. “The quantity is too big and cannot be used meaningfully by the healthcare sector,” the economist said.

The procurement of ventilators, similar to that of the vaccines, has been accompanied by a significant overpricing. The Chinese Sinopharm booster cost 10 times more than the Western vaccines.

Corruption in Hungary is a serious issue, but the situation would be “much worse” if the country was not part of the European Union. “The EU membership has a positive effect on the rule of law and anti-corruption,” Mr Martin explained.

The conditionality to link distribution of EU funds with the rule of law means a step forward, but it will bring a positive change only in the long term. Mr Martin, however, thinks that the current EU treaty would make sanctions possible even today against countries breaching the rule of law. The inactivity of EU institutions guarantees the Hungarian prime minister the “ideal ground”.

Corruption cases in Hungary, no matter whether they are small or big, have barely any consequence. Why the country’s society is rocked by such an apathy has several reasons.

First of all, Hungarian citizens assume that the political elite, despite party affiliation, is corrupt per se. At the same time, the voters of the ruling Fidesz party perceive corruption differently than opposition voters. “This hurts, because it gives an automatic exemption for those who commit corrupt activities,” Mr Martin said.

The apathy is paired with sophisticated and complex methods of corruption used by the government. Enormous sums, totally incomprehensible for major parts of society, are involved in corrupt actions.

The general feeling is that “nothing will happen” even if corruption cases are revealed. Official numbers prove the general position of the Hungarian people. Between 2010 and 2017 there were no indictments concerning the political and economic elite linked to the government.

Despite a corruption-savaged past and present, the economist says the apathy of Hungarians could one day fade away and sees some hope on the horizon. Young citizens, favoring other values, could mean the light at the end of the tunnel.

“Values as transparency, accountability and democracy are more important for them than for the older generation.”

József Péter Martin is an economist, a sociologist, an anti-corruption expert and a senior lecturer at Corvinus University of Budapest. He has been working as Executive Director of Transparency International Hungary since 2013. He was Director of Research of Transparency International UK in 2019. Presviously, he worked as editor-in-chief of Figyelő, a Hungarian business magazine.
Photo credit: facebook.com/jozsef.martin 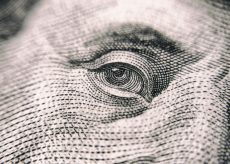 Zoltán Szotyori-Lázár: Corruption has become part of the system in Hungary