Novak: Pope’s Budapest visit will encourage the Quiet Ones

On the eve of the Pope’s visit to Budapest, the CEA Magazine talks to Joseph Novak, pastor of the American-Hungarian Baptist Church. He shares his views about why the historic event will possibly be a clash between the Pope and Hungarian prime minister Viktor Orbán, the rifts within the Catholic Church in Hungary, and the major change that the Hungarian-American community has witnessed in the last decade.

It will be the first papal visit to Hungary since John Paul II spent two days in the country in September 1996. The attendance of the Head of the Catholic Church to the 52nd International Eucharistic Congress will be a major religious event with some strong political ties. Occasions like this, however, are also a chance for different religious organization “coming together” and “learning from each other”.

Pope Francis differs from his predecessors in several ways. Originally coming from Argentina, a Latin American country, he represents a different view of the European Christianity than the previous Heads of the Catholic Church. The Pontiff is often portrayed in international media as a progressive papal reformer with moderate values, with some Catholics even viewing him as “too liberal”.

Although himself not being Catholic, Joseph Novak welcomes Pope Francis’ visit to Hungary. Mr Novak, a Hungarian-born Baptist minister from Alhambra, California, who has been living in the U.S. for about 40 years, feels glad about the “huge political event”.

The Pontiff’s visit, although officially not a state visit, is expected to be a clash of different ideas and two personalities: Pope Francis and Hungarian Prime Minister Viktor Orbán. They have had several, although indirect, confrontations on migration in recent years. While the Pope urged Europe’s Catholics to welcome refugees “who flee death from war and hunger”, the Hungarian Head of Government likes to pose as the EU’s hardliner on migration. Two different interpretations of the historic visit are almost guaranteed.

“Mr Orbán is in a better position to magnify his message, since the media is in his hands, but the Vatican is taking care of business as well. We are going to hear the Pope’s message and the Prime Minister will reflect on those,” Mr Novak said.

Besides occupying the top of the Catholic hierarchy, the Pontiff is the political leader of Vatican City. Simultaneously, Hungary’s prime minister “likes to matter” in religious affairs.

The upcoming 2022 parliamentary election gives a special flavor to the papal visit’s timing. After 12 consecutive years of Viktor Orbán’s rule, Hungarian voters are expected to decide about the composition of the next Parliament next spring. With the political campaign about to kick off, Pope Francis’ Budapest visit can give a special card in the prime minister’s hand. “Viktor Orbán is hoping to be seen as a leader who is visited by the head of the Catholic Church,” the Baptist pastor said.

Major divisions are running across the Hungarian Catholic Church, but also the faithful. Some consider the Pope as their authority, others are “sucking up” to the prime minister as he “got the money”.

Mr Novak is a strong supporter of the separation of church and state, and sees the developments of recent years in Hungary with a critical eye.

“I am very much concerned about the fact that the churches are subservient to political purposes, mainly the prime minister’s purposes. Even my own church, the Baptist church. It angers me,” he claimed.

“Our denomination is known to stand on its own before God for rightness and for justice. The Hungarian Baptist church is becoming something totally different,” he added.

In Hungary, the history of the Catholic Church goes hand in hand with politics. At the beginning of the last century, major divisions caused trouble between the clergy in higher social circles, and the priests serving on the “level of the people”. The later, often took different directions.

Under the surface, those divisions are most likely present in the Catholic Church in Hungary even today. The Pope’s visit could give a boost to the ministers who have been silent in the last years.

“There are those who are echo chambers for politicians, but there are many more who are quiet. I think they are going to be encouraged by the Pope’s visit,“ the Baptist leader told CEA.

Mr Novak has some hard time, when asked about the categorization of prime minister Viktor Orbán.

Hungary’s head of government is often portraying himself as the defender of “Christian Europe” and being seen as an idol even among American conservatives. However, the Baptist pastor is less convinced of the applied labels to the prime minister’s categorization. “These have already lost their meaning.”

Traditional conservatism is about individual rights, small government, free market, without the government disturbing the processes of the economy. Therefore, the expert in religious affairs does not view the Hungarian leader as a conservative.

“He is a populist and a turncoat. He learnt to speak Christianly, but his actions deny and go against everything that I know about Christianity.”

Despite Viktor Orbán being a controversial politician, he is strongly backed by Hungarian Americans. The immigrant community praises him for being the “prime minister of 15 million Hungarians”.

“This gives them a kind of otherness. We are in America, but we can be totally Hungarians,” Mr Novak stated. “He is very clever and knows what buttons to push”.

During the last decade, Hungary’s political change has had a serious impact on the Hungarian-American community. “I just don’t recognize it anymore. Everything that was worth in it, in a sense of different age groups, histories coming together, based upon our Hungarianness, is destroyed.“

Hungarian-American clubs, churches and organizations have become dependent on financial support from Budapest. “There is an infighting on the privilege of getting the money.”

What kind of an impact the Biden administration will have on Hungarian-American relations still remains to be answered. With Anthony Blinken, a non-nationalist member of the Hungarian-American community, being Secretary of State, the relations from the U.S. side could be more measured.

“The Hungarian side did everything that it could to get to this point when influential personalities in the government, especially in the State Department, consider Hungary as almost the enemy of the United States,” he concluded.

Joseph Novak is a Hungarian-born expert in religious affairs and Baptist pastor living in California. He is the leader of the American Hungarian Baptist Church in Alhambra, CA.
Twitter: @zsoltaros
Photo credit: Joseph Novak 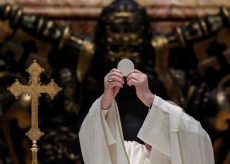